For Valentine's Day we were invited to have a relaxing weekend in Bear Lake with our friends, Seth and Karen. We jumped at the chance! It was a weekend full of laziness. We haven't been this lazy in a LONG time and it felt wonderful. Seriously, we were there for 3 1/2 days and I'm pretty sure the only time I went out was when we were leaving. We not only got snowed in, but had sick kids..so we had fun playing Nintendo, Wii, eating a lot, watching lots of kid movies, and doing a lot of nothing. Thanks Seth and Karen. It was the best.
This was our view from their sliding glass door. BEAUTIFUL...it was nice to get away and be away, from the city, houses everything. 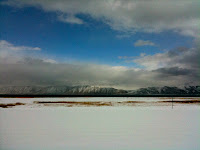 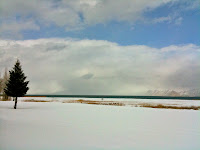 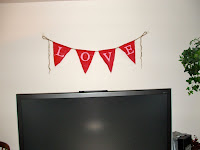 She even brought up a cute light up heart for the window, but I didn't get a picture before it fell down.... 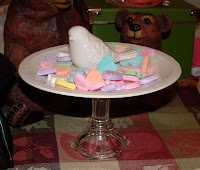 After the long drive Aub's crashed! It was pretty cute. 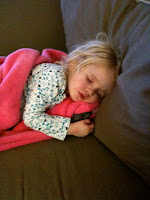 Sam and James. It was hilarious. They each had a recliner with the movies they wanted to watch on individual laptops. Blankets and sippies required. 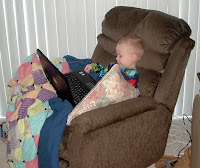 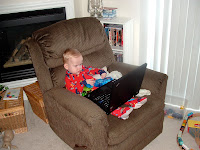 And then here are Seth and Dave playing the Nintendo. And I'm talking about the old school nintendo. It was so fun to play. It has been a while. And Seth has a crazy collection. He has hundreds of them. I should have snapped a shot....while we were there they conquered Street Fighter 2, Super Contra Alien Wars, Double Dragon, Super Punch Out, and Mario World! I love this picture because it shows the boys, and in the background it shows Karen and I playing Are you Smarter than a Fifth Grader , and James chillin' on his recliner. 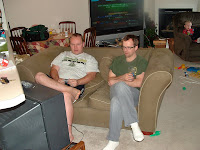 Valentine's Day morning we had a little table to put the kids' valentines on. This was Aubs. 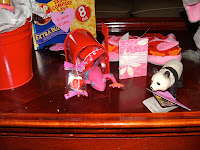 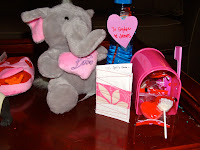 Cute Sam and James got the girls valentines.
Aub's loved her new slippers and squishies. 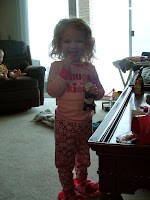 And my little love bug Soph. 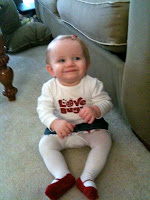 Cute Sam in the snow. 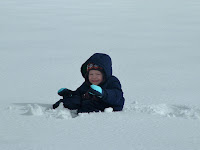 Sam let Aubree wear his snow clothes and Dave took her out to play. She wasn't quite sure what to do. But had fun eating it. 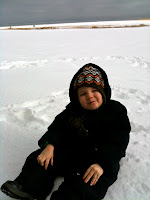 Soph had fun watching with a smashed face :) 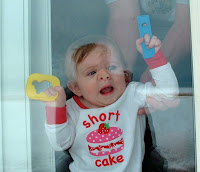 James and Aub's were the sickest. And we frequently found them passed out. 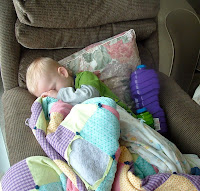 The last day we were there Aubree took 6 naps. S-I-X ! It was amazing. It was such a fun trip.